It has been argued that we live in a world saturated by visual images, that culture has undergone a ‘pictorial turn’. This premise has prompted researchers in the humanities and social sciences to theorize the visual image, documenting its function and status relative to other media, tracing the history of its power and the attempts to disempower it. We might think of the work of David Freedberg (The Power of Images, 1989), Bruno Latour (Iconoclash, 2002), W.J.T. Mitchell (What do pictures want? 2004), or James Elkins (What is an image? 2011). This conference aims to extend this scholarship in two interrelated ways, firstly by focusing on the image in a particular period and location, namely in medieval and early modern England, and secondly by exploring the status of the visual image in relation to texts.

In the Latin West, it was in the late medieval and early modern periods that religious images would be subject to particular pressure, notably in the first half of the sixteenth century when reformers in Strasbourg, Zurich and Geneva would denounce them as idolatrous, and Catholics would reinstate them. But it was in England that the debate on images was particularly protracted, first expressed in Lollard resistance to depictions of the divine, and then in the iconomachy and full-blown iconoclasm of the Reformations of the sixteenth and seventeenth centuries. As a consequence, the relationship between the so-called sister arts of pictura and poesis, image and word, would be problematized.

Yet, the story of the inexorable demise of the religious image in late medieval and early modern England and the concomitant ‘iconophobia’ of its people is being revised. Evidence suggests that there was a far more variegated iconic landscape in post-Reformation England and that the status of the religious image was inflected by its medium, location, and subject matter. Moreover, such images formed and were in turn formed by images produced in new secular media across a range of disciplines.

What, for example, did the new print culture do to the status of the visual image embedded in a text on a page? What happens to textual images–pictures made exclusively of words–when they are visualized through costumed actors in a church, or on a pageant-cart, or on the new commercial stage? How far did new tools for looking at the natural world–telescopes, microscopes–change theories of vision? Where in the hierarchy of the senses was sight now 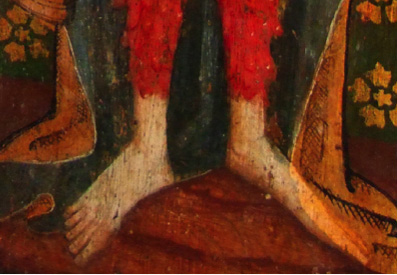